The best CSS frameworks are CSS spreadsheets with pre-written code you can use to create websites in record time. These sheets have layouts and individual elements (such as the navigation bar, footer, menus, etc.) pre-styled and ready to be customized with the help of some HTML and CSS code.

While implementing the code can require trial and error (especially as you test and attempt to customize certain elements), it’s still significantly faster than coding your websites from scratch. Especially because the best CSS frameworks already guarantee responsive design without going deep into media queries.

The best CSS frameworks are also easier to learn for two main reasons. First, they have some excellent documentation that explains, step by step, how to implement their code into your projects successfully. The other reason lies in their outstanding community support and regular updates. Their respective communities thoroughly curate the best CSS frameworks and actively implement CSS best practices in their code.

The result is that not only will you quickly implement code in your website, but you’ll also use tried-and-true code that many top brands and businesses in the world use on their respective websites! Now that we’ve briefly touched on why you should work with CSS frameworks, let’s look at the top-rated and most used CSS frameworks on the internet!

Jacob Thornton and Mark Otto initially developed Bootstrap at Twitter and introduced grids to web design, which would partition the screen into invisible columns. These columns would arrange the content so that users from various devices could easily access and interact with the website. Since its initial conception, Bootstrap has leveraged Flexbox and other technologies to master its “mobile-first” mantra.

Here’s why you should consider using Bootstrap:

Bootstrap, as with everything in life, does have some drawbacks. Because it’s so popular, people tend to notice that websites made with Bootstrap are everywhere and present little to no variance from a design perspective. A CSS framework is essentially a toolbox, and if all you’re doing is assigning pre-written classes to elements, then it’s only natural that websites look very similar.

With that being said, Bootstrap remains the best CSS framework today. The outstanding community support and wealth of documentation and courses allow you to learn and master its ins and outs faster than most CSS frameworks. Check out this Bootstrap 5 mobile website template tutorial to see this CSS framework in action.

According to Github ratings, TailwindCSS trails behind Bootstrap with over 58,200 stars on the platform. Over at StateofCSS, Tailwind currently ranks #2 in usage and #1 in user satisfaction. Moreover, Tailwind continues to trend and improve yearly, which is certainly something to consider.

Unlike its main competitor (Bootstrap), Tailwind had no tech giant backing its development. Adam Wathan had the monumental task of creating a CSS framework that offered something different and better in its own right. Today, it’s fair to say that he has succeeded.

Many believe (myself included) that Bootstrap is more of a UI framework, with highly-functional components that work under strict rules and settings. Tailwind, on the other hand, is an incredible CSS library that allows you to build unique, custom designs with tremendous efficiency.

Here are some of the advantages TailwindCSS has to offer:

Tailwind has rapidly increased in popularity during the last three years, so you’ll find plenty of online articles, courses, and YouTube videos to help you get the most out of this fantastic CSS library.

Foundation is undoubtedly one of the best CSS frameworks for this year. With 29,300 stars on Github and the #4 spot in StateofCSS “Usage” category, it’s clear that this open-source framework offers developers a unique experience.

Foundation is more advanced and sophisticated than many of its counterparts. It provides a foundation (pun intended) on which you can build a fully responsive, sophisticated UI that effortlessly distinguishes itself from other websites.

Many argue that its inherent freedom in design and choice also requires greater CSS knowledge to wield fluidly, which might deter those that want a simple, functional framework they can work with for their next project.

But, Foundation also offers incredible documentation, with a step-by-step approach that integrates high-quality videos you can follow at your own pace. Thanks to its superb documentation and community support, this CSS framework is surprisingly easy to learn, despite its rich and customizable nature.

Some other things you should consider before using Foundation:

Bulma is a tried-and-true CSS framework that has steadily grown in popularity since it was first introduced six years ago. Today, it boasts 45,700 Github stars and fourth place in StateofCSS’ user satisfaction ranking.

If you’ve worked with WordPress before, then you’d no doubt heard of Themeisle’s gorgeous themes. This team of developers incorporates this gorgeous CSS framework into many of their products due to its responsive design and fantastic aesthetics.

Keep in mind that the WordPress theme environment is very competitive. It requires SEO-optimized, lightweight frontend code and a fully responsive design that even beginners can use. The CSS code that comes with the theme must be flawless and highly customizable, something that Bulma has proven it can deliver.

Here are some of the reasons that made us include Bulma in our best CSS framework list:

Many would argue that its CSS-only nature is another advantage, but we believe it depends on your project’s needs and individual expertise. On the one hand, Bulma’s CSS-exclusive nature allows you to integrate React and Vue (JavaScript frameworks) to create something unique. Still, if you’re unfamiliar with any of these, Bootstrap might be an easier option for you.

Bulma is also very lightweight, especially if you make the most of its modular nature. However, you must take time to understand which files you’ll need and how to import them correctly. Otherwise, you’ll run into issues throughout your project. This risk, however, is offset thanks to its lengthy documentation and detailed explanations, so it shouldn’t deter eager coders that wish to specialize in front-end development!

With an impressive 38,700 Github stars, and the #3 spot in StateOfCSS’s usage ranking, Materialize has established itself as one of the best CSS frameworks on the market. This framework takes after Google’s world-renowned Material Design, a design philosophy that strives to create intuitive, fully responsive experiences for the users.

Google takes user experience very seriously. Anyone who has dabbled in SEO will understand just how big of a factor it is regarding ranking. Many go as far as trusting Materialize because it embodies the company’s web design values and core user experience values.

Materialize, however, offers much more than Google’s pre-approved designs:

Materialize CSS is also one of the easier CSS frameworks to learn. According to many, the intuitive class denominations and code implementation require a beginner-intermediate level of CSS usage and knowledge. The level of accessibility and learning material that is readily available on the web certainly helps this CSS framework claim one of the top spots on our list.

The best CSS framework is an essential tool for any frontend (or full-stack) developer. Each framework we’ve reviewed today offers something unique that adapts to your technology stack and project requirements while providing outstanding documentation you can learn from.

The best CSS frameworks also come with cross-browser support, fully responsive design, and individual code snippets that follow good web design practices. Whether you’re looking to create a decently looking UI (without investing too much time and effort into custom designs) or need a completely customizable and modern-looking website, the frameworks we’ve listed above are guaranteed to make the job easier. 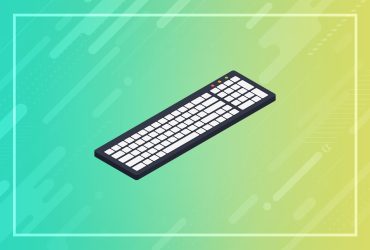 7 Ergonomic Keyboards for Coding That You’ll Love To Use

All veteran coders agree on one thing: that the best keyboard for coding is a ... 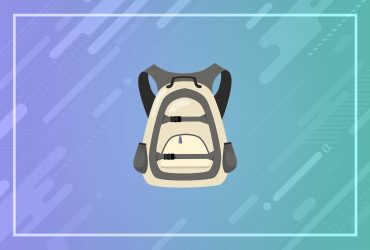 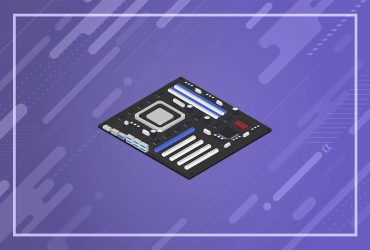 The 5 Best Micro ATX Motherboards for a Powerful and Compact PC!