A dependant variable is an entity whose observed value will change in response to another variable’s observed value. This measure, often called the response variable, is commonly visualized on the Y-axis of charts, graphs, plots, and other visual tools.

Statistical terminology is notoriously convoluted—the same concepts are often named differently based on the field of application. The dependent variable is one of the most commonly co-opted terms that, depending on the context of its use, may be referred to as any of the following forms (Upton, 2014):

These are but some of the many forms to which the dependent variable is referred. As an example, machine-learning applications often use the terms label; clinical studies often use experimental variable; regression analysis often elects to use regressand—all referring to the same dependent variable.

This notation is the most basic form where x is the independent variable and f represents the function that generates the output. Functions can be used to calculate the result of formulas. Consider the formula for a linear equation: y = mx + b. A function is a mapping of one thing into another such that this equation can be represented as such:

Understanding the difference between dependent variables and independent variables is essential in drawing meaningful conclusions from data. Whether they’re being referred to as an experimental value, the output of a function, or the response variable—they illustrate the results of events in many cases and the focus of statistical analysis.

Using the Rust language? Chances are you are already using Scrutinees but just haven't known ... 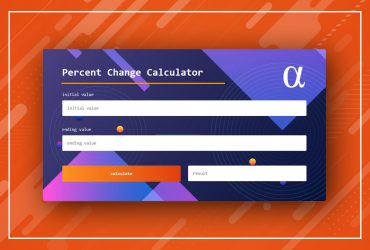 Tired of calculating percent change by hand? This handy tool will make short work of ...