Multi-homing (also multihoming) is a network redundancy practice by which a host network connects to more than one provider network. There are several levels of multi-homing including dual and single multi-homing. There are also several network configurations within the purview of each.

Consider your home network: it likely consists of a modem and a router. Chances are, you pay a single monthly bill which gives you access to a single provider network. What happens if that provider’s network goes down though? You’re out of luck.

The main benefit of multihoming is having greater redundancy for network access. If the Internet goes down on one provider you can still access via another. This can also be seen as a disadvantage on a global network scale, however, as the overhead for supporting such network access causes the global routing table to grow quickly.

Another possible configuration in a dual-homed setup would be to connect to another router at the ISP. This would provide hardware redundancy (mostly) on either side of the connection.

Dual-multihoming configurations add-in a second ISP to provide network access. This allows the local network to quickly change from one access network to another should one provider’s network to fail. Below is a diagram of a dual multi-homed network configuration:

This setup reflects a connection to both ISP’s from both of the local routers. This is considered the most redundant dual multi-homing configuration because it offers redundancy for both of the following situations:

Different approaches of multi-homing produce differing degrees of redundancy on both local and provider sides of the network. The main advantage of each, each to differing degrees, is that equipment or network access failure ramifications will be minimalized. Neither of these advantages come without some downside so it’s important to weigh the pros and cons of each before implementation. 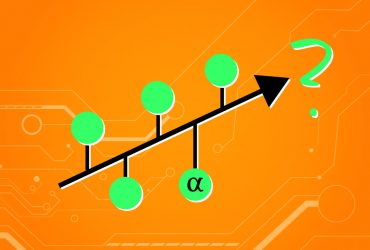 Simple linear regression can be used to predict future outcomes given a dataset of past ...